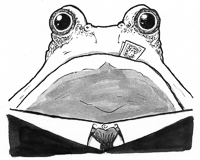 Help Me, I'm Buying a House! 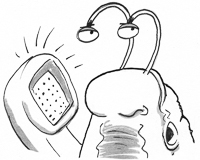 I bought a semi-detached house just outside of the city I work in, as it was slightly better value than the nearby suburbs. It was my first house, and I had previously lived in a fully-furnished, rented flat. I decided to buy as another increase in rent was on the cards, and I opted for a house because flats tend to be leasehold with exaggerated service charges. I know a lot of people who have bought houses, so got a lot of varied and sometimes contradictory advice. I think that every house and experience is unique. The buying process for me was relatively painless, unfortunately I just haven’t been able to settle in. If the rental system in England wasn’t so biased towards landlords I would have waited longer before buying somewhere.

1. How did you find your home?

Rightmove was ubiquitous by the time I was looking to buy, so I made lots of appointments through that website. There was one house that I found just by walking past the For Sale sign. It seemed ideal, but on the same day my partner was shortlisted for a job in a different area. I hesitated and missed the opportunity to buy the house. Lots of people since then have asked me why I didn’t make an offer. The answer is that I was nervous and naïve in thinking we’d find a house that we’d like as much, which we never did. The one I eventually bought I found on Rightmove. I felt pressured as the rent was probably going to increase to the point that it was cheaper to pay a mortgage. But I’ve struggled to settle into the home I bought, and often wonder about the house that we missed.

2. How was your conveyancing process?

I did a broad search of solicitors and decided to opt for one local to where I was buying. It was a very small but very experienced firm. The person I dealt with was approachable and sensible, and I had a pretty good gut feeling from the first telephone enquiry. Lots of large firms offered slightly cheaper rates, but I didn’t like how I was dealt with during the initial enquiries. It was a risk to go with a relatively unknown, very small firm, but it worked well for me.

3. How were exchange and completion?

Being a first-time buyer, I felt like I held all the cards. If I remember correctly, I think my solicitor recommended that exchange and completion should happen on the same day, so that I was best protected. I think this made the people I was buying off a bit nervous. Plus they had some issues their end, which delayed things a bit, but I wasn’t in a rush. I got the impression that the sellers felt a bit frustrated. I initially anticipated that the sale would complete several months before it did, but my more experienced friends told me that it never works like that. In my case they were right.

My tenancy in my flat came to an end a few weeks after the completion date, so I had plenty of time to sort my things in one place and begin decorating the other! One thing I did before moving in was get a builder to have a look. This gave me some peace of mind, but it also proved right what a few people told me: that there’s always something wrong with houses. I also had to get furniture for the first time in my life, but by the time my tenancy had ended the house was in a fairly fit state to move in.

5. What do you wish you had known?

Some people told me that they knew which house they wanted as soon as they walked through its front door. The closest time I felt like that was with the house that I missed out on. Unfortunately, I didn’t feel that way again, and ended up buying somewhere I’ve never warmed to. I started to get very nervous leading up to the purchase but thought that I’d settle in eventually. While this may still happen, after more than two years I still don’t feel like the house I bought is my home. In my case, this has meant that unexpected problems with the house and area have become exacerbated. As for many others, it was the biggest and most difficult purchase I made, and having a comfortable home is important to me. So, in retrospect it was very silly for me to go for somewhere that I never really felt a connection with in the first place.